Martin Turner and his band return to celebrate the 50th anniversary of the formation of the original Wishbone Ash and perform another classic album in its entirety – 1971’s Pilgrimage as well as other favourites from the classic era of Wishbone Ash, including Argus highlights. Founding original member Martin Turner was central to the critical and commercial success of Wishbone Ash’s most revered albums, with his passionate vocal delivery, song writing ability, keen melodic sense and production values being major ingredients in the definitive Wishbone Ash sound. Martin Turner continues to perform the band’s best loved works with his current line-up, which features guitarists Danny Willson and Misha Nikolic, and drummer Tim Brown. 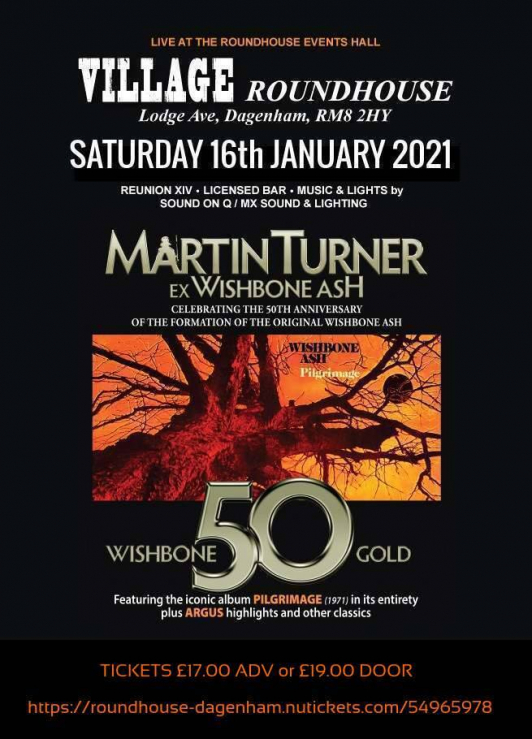